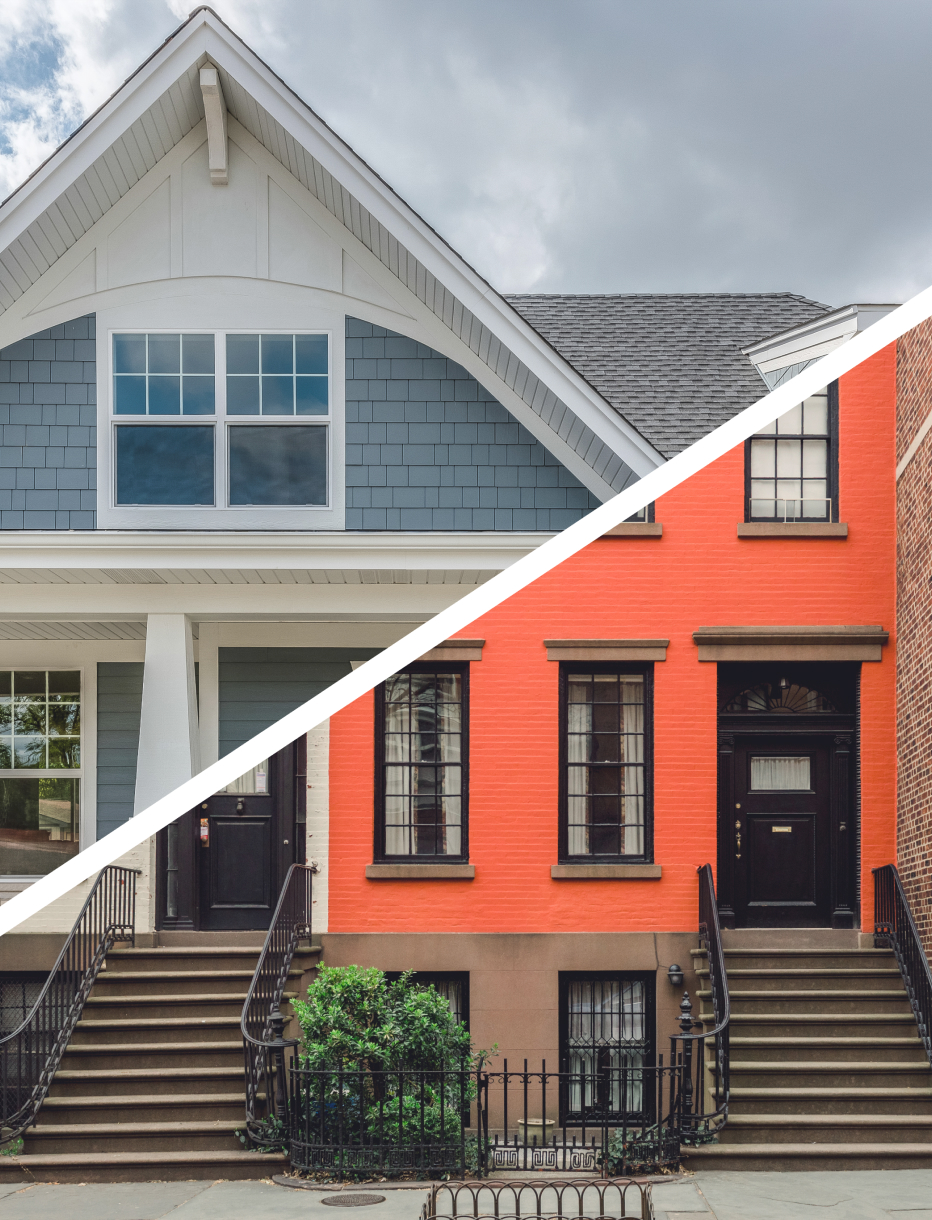 It’s a big decision especially in a historically unstable housing market. That’s why it’s important to know what to expect from the options you’re weighing. Here’s a quick guide to the pros and cons of living in a city or a suburb!

There’s a reason people flock to cities. First and foremost, jobs tend to be easier to find in the city than anywhere else. That means there’s a high incentive to move into town close to where you work. But that’s not the only reason to go urban. Cities are often more walkable than suburbs or the country and often feature extensive public transit. All the culture, nights out, museums, and coffee shops that your city has to offer are all easily accessible either on foot or with a quick subway ride.

But there’s a price to pay for the convenience of city living. Urban housing is typically higher than other areas, and normal things like a date night dinner will probably be pricier than elsewhere. Crime is also higher in the city than the suburbs or the country, so situational awareness is a key skill to develop if you’re living in-town.

The suburbs are designed to give you access to the benefits of the city while offsetting some of the costs. For starters, your dollar will probably go farther for housing in the suburbs than it will in the city. Suburbs tend to be safer and offer more space, making it appealing to people looking to start a family or couples with kids. Plus, if you’re lucky, you could be a similar distance from the countryside as the city, so you’re flexible between choosing a night in the city or a hike in the woods!

However, it isn’t all sunshine and roses for suburbanites. Housing might be cheaper per square foot, but houses also tend to be larger. That means you can actually end up paying more for housing in the suburbs even though you’re technically getting a better deal square footage-wise. The other big downside is that transportation in the suburbs can be brutal. The cost of driving a car in traffic every day can be high, so much so that suburban transportation can be shockingly expensive, especially when gas prices skyrocket. That’s not even factoring in the stress of dealing with traffic.

Stocks vs. Bonds: What's The Difference? 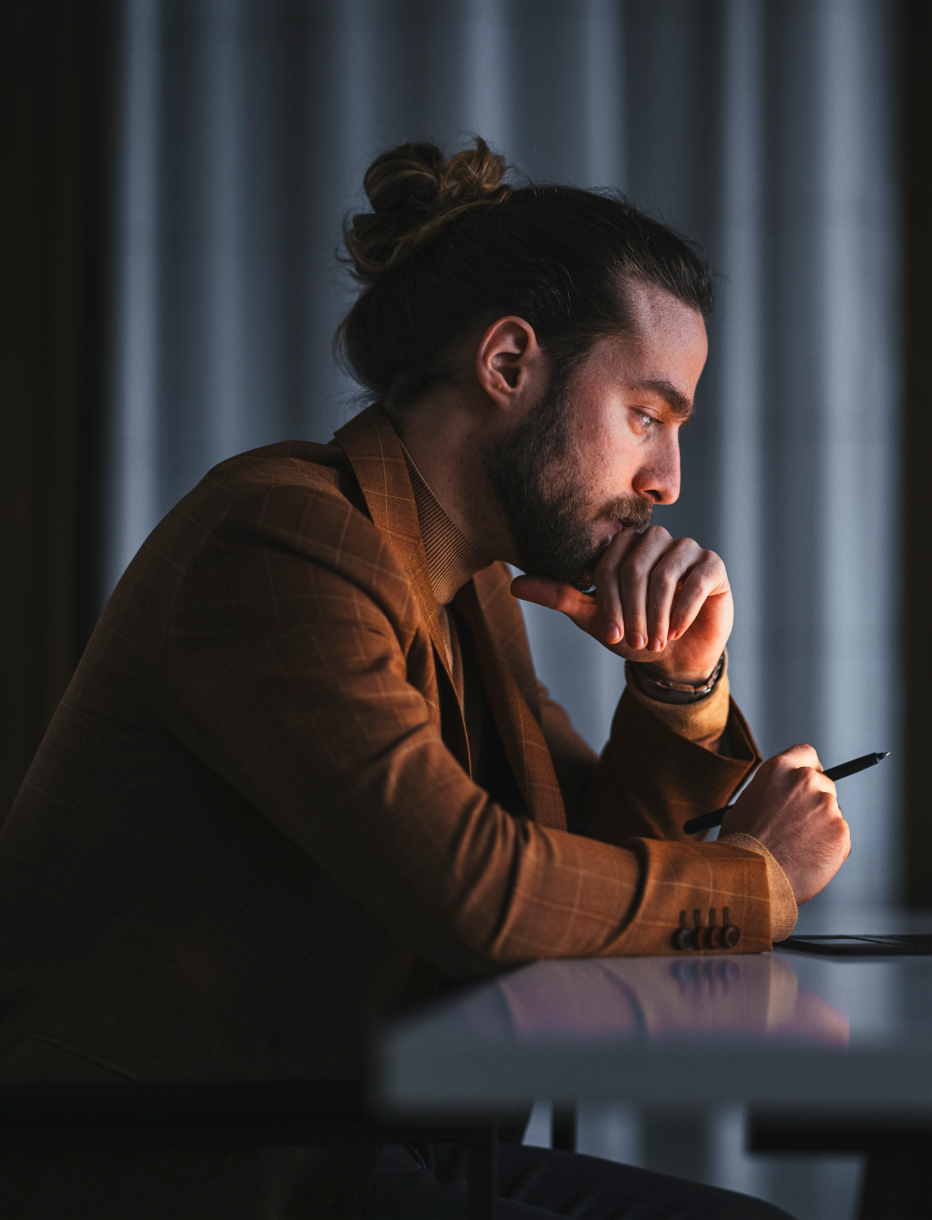 You’ve probably heard of both stocks and bonds. You also might know that they’re tools that many use to build wealth.

And if you have your ear to the ground, you know that stocks and bonds aren’t created equal—stocks are usually riskier, bonds are usually safer.

But…why? What’s the difference between these wealth building vehicles?

Glad you asked! Let’s explore how stocks and bonds work.

Before we begin, bear in mind that this article is for educational purposes only. It’s not recommending one vehicle over the other or a particular strategy. It’s just illuminating the differences between two common investments.

In a nutshell, a bond is a loan, while a stock is a share.

Let’s start with bonds. Governments need money to function. Historically, they’ve kept the lights on through conquest and taxation. Conquest has fallen out of fashion in the last 100 years, and sometimes taxes just won’t cut it.

So instead of demanding more money in taxes or—yikes—printing more, governments can issue bonds.

A bond is a loan. You voluntarily loan the government money, and they pay it back with interest. You get a fixed income stream, they get to build roads and schools.

Other entities can issue bonds, like states, cities, and corporations. But when people talk about bonds, they usually mean Federal Bonds. Why? Because they’re generally perceived as safe. The U.S. government has a consistent track record of paying back bond-holders.

A stock is ownership. When you buy a stock, you’re essentially buying a tiny slice of a corporation.

Why would corporations sell ownership to the masses? Because it’s a simple way to raise money. They then can use this money to expand the business, increasing the value of their stock. Eventually, you may choose to cash out your stocks for (hopefully) a handsome profit.

Some stocks also pay a portion of their earnings to stockholders. This is called paying a dividend. Normally, it’s calculated as a percentage of your stock. For instance, a $10 stock with a 2% dividend would pay $.20 each quarter.

But there’s a major catch to buying stocks—they are far less stable than federal bonds. That’s because corporations can experience bad years and even bankruptcy.

And when that happens, stockholders lose money. So while there’s potential reward for buying stocks, there’s also more risk.

That’s why it’s absolutely critical to work with a financial professional if you want to start investing in either stocks or bonds. They have the knowledge and experience to guide you in wealth building decisions based on your goals. 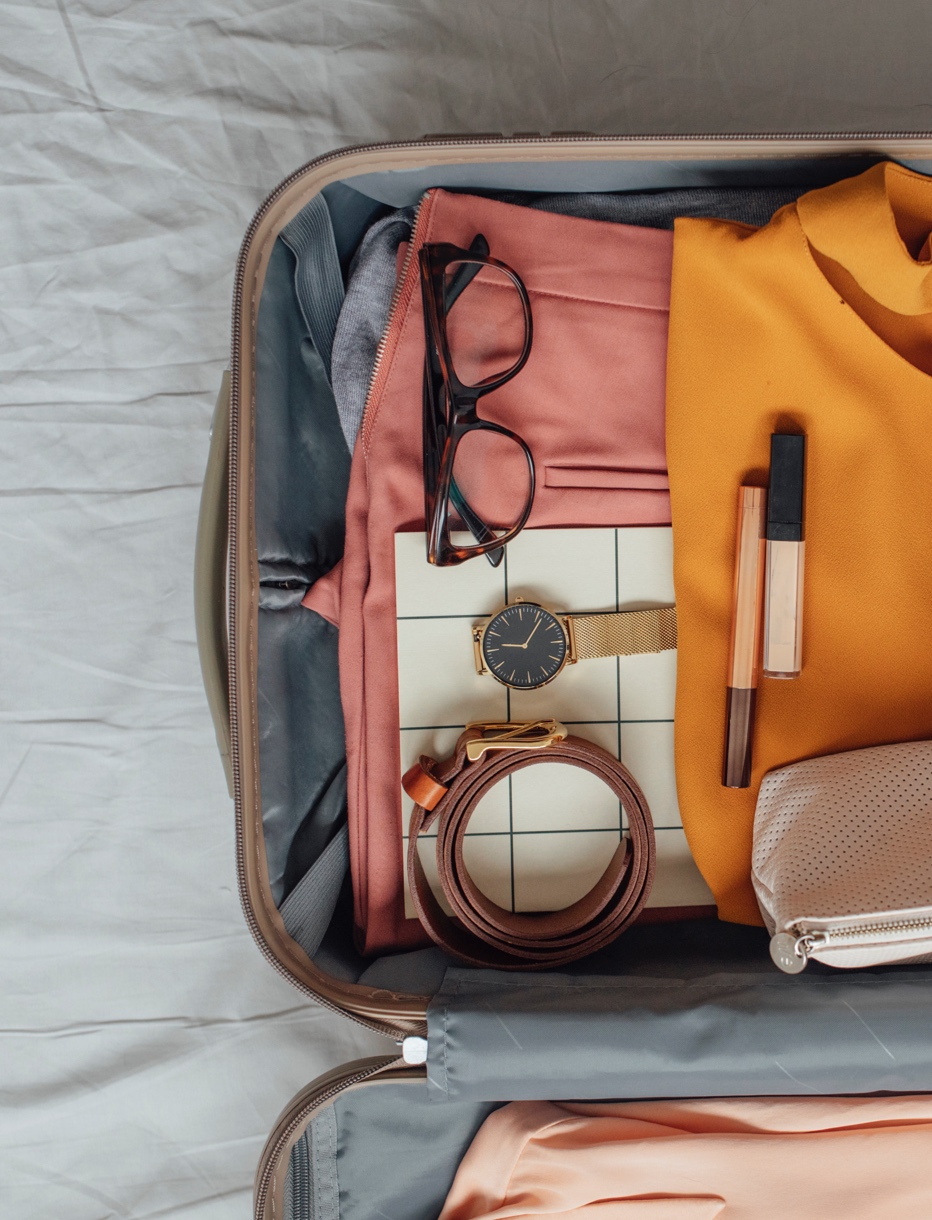 It seems like there is light at the end of the tunnel for travelers who are itching to see the world.

And with travel restrictions seeming to be on the edge of lifting, they may have the opportunity to explore again.

But before you start planning your international adventures, here are 6 tips for cheaper travel.

1. Avoid expensive tourist spots. Paris is lovely this time of year. So are London, Dubai, and Tokyo. They’re also outrageously expensive to stay, eat, and play in. Fortunately, there are many other locations that are just as loaded with culture and fun things to do at a fraction of the cost. Central and South America, Southeast Asia, and Eastern Europe all feature affordable cities, lovely landscapes, and interesting attractions that go toe-to-toe with classic destinations.

2. Book flights well in advance. Usually the further out you can book, the better. Though some flight sites offer deals on last-minute fares, they’re not always that great of a bargain. It’s typically cheaper to buy tickets a few months in advance. The same logic works for lodging. Speaking of which…

3. Consider staying in a hostel. They’re a great opportunity to meet fellow travelers in a foreign land. They’re often cheaper than an Airbnb or a hotel, and sometimes offer tours. Just do your research in advance—not all hostels are equal as far as cleanliness and safety.

4. Cut transportation costs. Need to travel from city to city? Try taking the bus. It’s not glamorous, but it might be a more cost effective way to get around. While you’re in town, try walking as much as possible and getting public transit when needed. Save your money and spend it on something else like souvenirs or trying a meal you’ve never had before.

5. Explore opportunities to work and travel. You may be surprised by how many programs pay you to visit exciting new places. Whether you’re teaching English in Asia and South America or working as a tour guide in Sweden, opportunities abound. You may earn enough to offset some of your traveling expenses.

6. Eat local, prep at home. Eating out for breakfast, lunch, and dinner in a tourist destination is a surefire way to quickly deplete your travel budget. Instead, explore local markets to purchase ingredients that you can store or prepare where you’re staying, like protein bars or sandwiches. Those should cover your first two meals of the day. Then splurge on evening fare with local cuisine at an interesting restaurant!

Seeing the world doesn’t have to break the bank. Use these tips to plan your adventure, send me a postcard, and let me know if they make a difference for your budget!

What’s Happening In The Housing Market 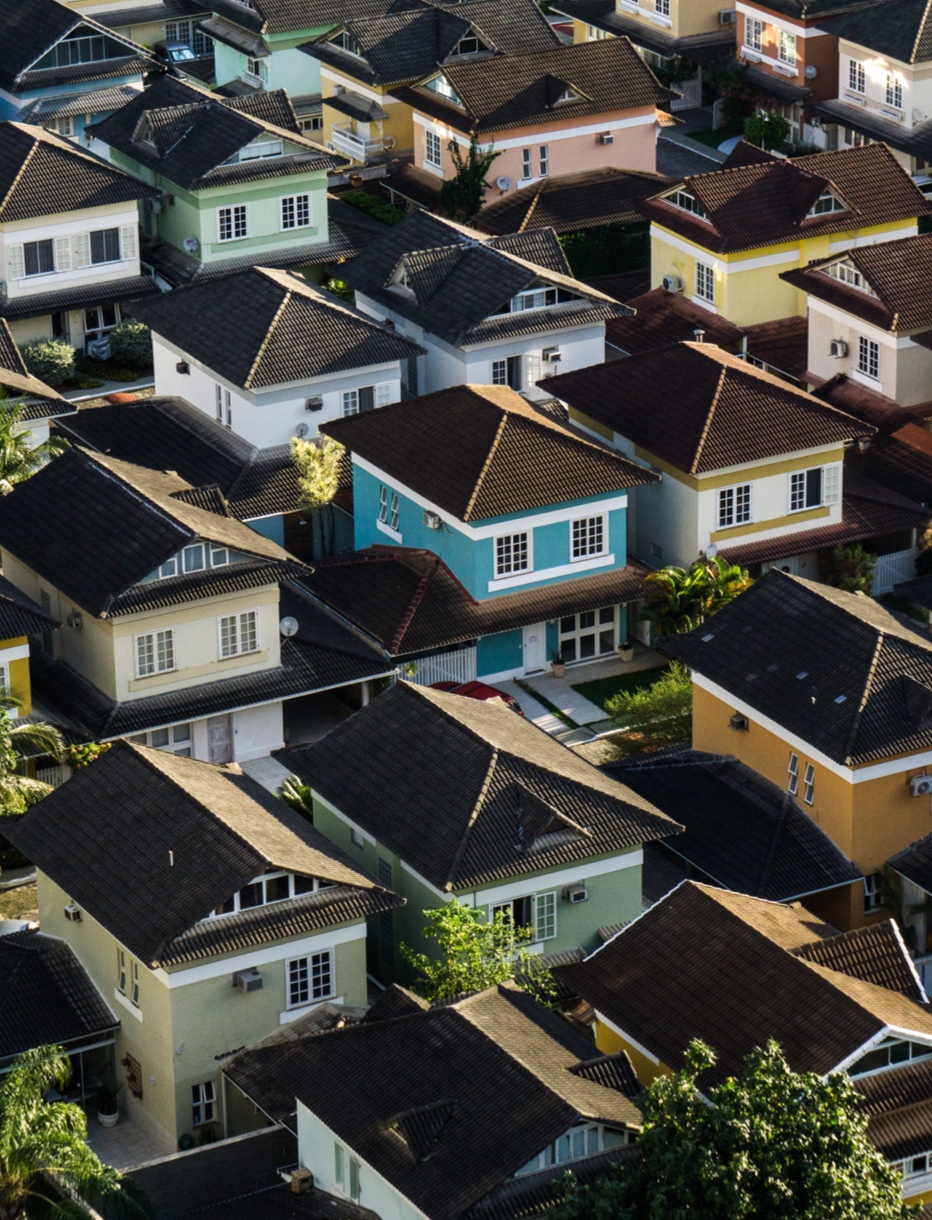 Chances are you know someone who thought they’d found the perfect home at the perfect price, only to be wildly outbid at the last minute. Maybe you’ve been that someone.

So what’s going on? How did the housing market go from a pandemic-fueled lockdown to a frenzy?

It’s simple—the tight housing market has a lot to do with supply and demand.

It started in 2020 during the darkest days of the COVID-19 pandemic. To combat the economic crisis sparked by shutdowns, interest rates plummeted to an all-time low. At the same time, workers in cities started flocking to states with more reasonable costs of living. After all, their work situation was almost entirely remote—why shell out $2,000 per month for a broom closet in Manhattan when you could pay the same for a 4 bedroom, 2 bathroom house in Iowa?

Millennials were especially driven by the favorable market conditions. They were eager to buy houses and establish roots.

That’s the demand side. What about the supply?

Even before 2020, there was a drastic housing shortage in the United States to the tune of 2.5 million units.¹ Toss in shutdowns of construction companies and lumber mills, and you had a recipe for an even worse shortage. That equates to a sellers market—those selling can often expect massive payouts while buyers may have to face bidding wars and skyrocketing prices.

So what should you do?

The answer depends on the individual. Those looking to buy should be prepared for a lengthy (and expensive) process, and buying might not make sense unless you’re planning on staying in your new home for at least five years or more.

There’s no telling how long the market will continue its hot streak. Just make sure you have your finances in order and a clear strategy before you commit to making a massive purchase like a home in this climate.

¹ “The U.S. Faces A Housing Shortage. Will 2021 Be A Turning Point?” Natalie Campisi, Forbes, Jan 4, 2021, https://www.forbes.com/advisor/mortgages/new-home-construction-forecast/