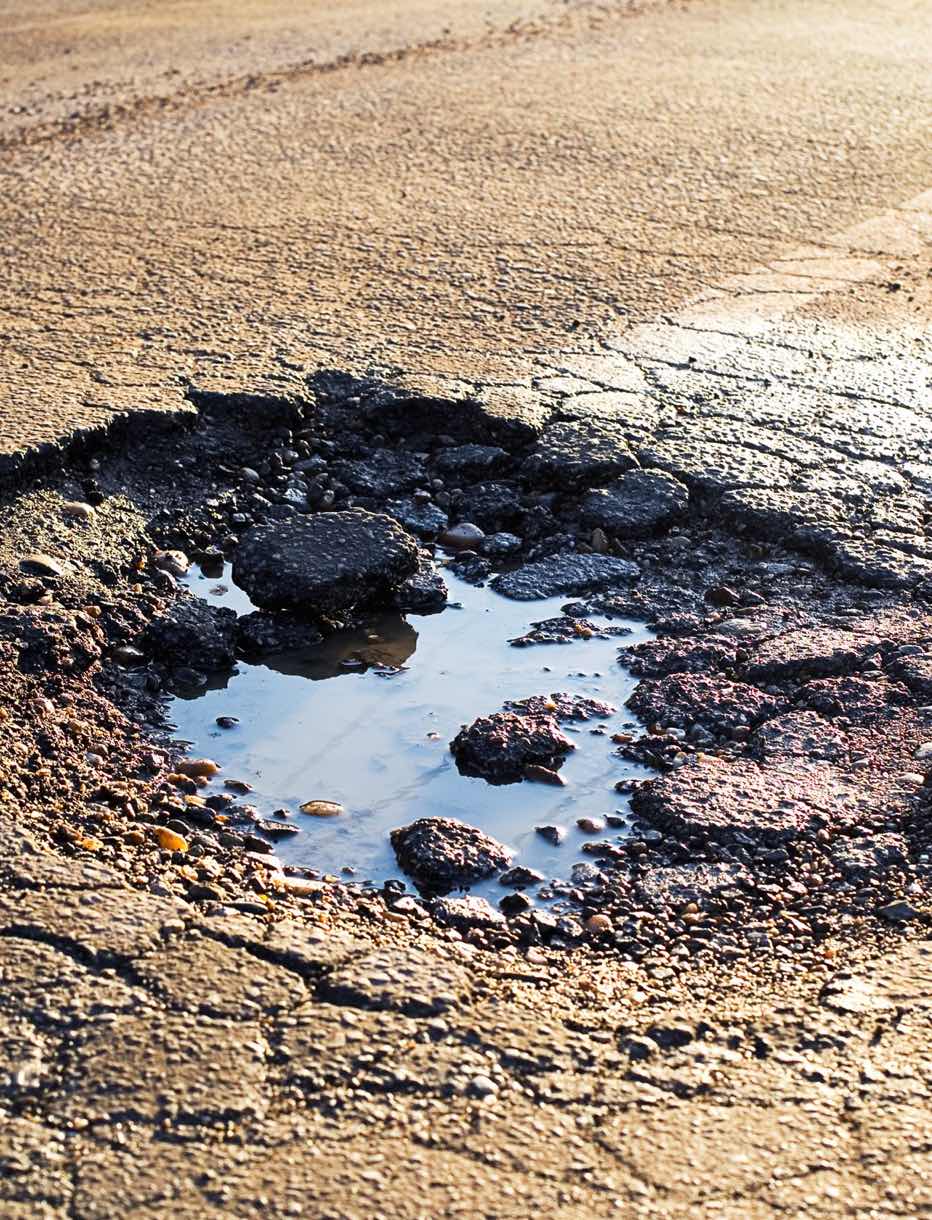 The journey to financial independence can feel a bit like driving around with your entire retirement fund stashed in the open-air bed of a pickup truck.

Every dollar bill is at the mercy of the elements. Think of an unforeseen medical emergency as a pop-up windstorm that whips a few thousand dollars out of the truck bed. And that time your refrigerator gave out on you? That’s swerving to avoid a landslide as it tumbles down the mountain. There goes another $1,000.

Emergencies like a case of appendicitis or suddenly needing a place to store your groceries usually arrive unannounced and can’t always be avoided. But there are a few scenarios you can bypass, especially when you know they’re coming.

These scenarios are the potholes on the road to financial independence. When you’re driving along and see a particularly nasty pothole through your windshield, it just makes sense to avoid it.

Here are some common potholes to avoid on your financial journey.

Excessive or Frivolous Spending
A job loss or a sudden, large expense can change your cash flow quickly, making you wish you still had some of the money you spent on… well, what did you spend it on, anyway? That’s exactly the trouble. We often spend on small indulgences without calculating how much those indulgences cost when they’re added up. Unless it’s an emergency, big expenses can be easier to control. It’s the small expenses that can cost the most.

Recurring Payments
Somewhere along the line, businesses started charging monthly subscriptions or membership fees for their products or service. These can be useful. You might not want to shell out $2,000 all at once for home gym equipment, but spending $40/month at your local gym fits in your budget. However, unused subscriptions and memberships create their own credit potholes. If money is tight or you’re prioritizing your spending, take a look at your subscriptions and memberships. Cancel the ones that you’re not using or enjoying.

New Cars
Most people love the smell of a new car, particularly if it’s a car they own. Ownership is strange in regard to cars, however. In most cases, the bank holds the title until the car is paid off. In the interim, the car has depreciated by 25% in the first year and by nearly 50% after 3 years.

What often happens is that we trade the car after a few years in exchange for something that has that new car smell – and we’ve never seen the title for the first car. We never owned it outright. In this chain of transactions, each car has taxes and registration fees, interest is paid on a depreciating asset, and car dealers are making money on both sides of the trade when we bring in our old car to exchange for a new one.

Unless you have a business reason to have the latest model, it’s less expensive to stop trading cars. Think of your no-longer-new car as a great deal on a used car – and once it’s paid off, there’s more money to put each month towards your retirement.

To sum up, you may already have the best shocks on your financial vehicle (i.e., a well-tailored financial strategy), but slamming into unnecessary potholes could damage what you’ve already built. Don’t damage your potential to go further for longer – avoid those common financial potholes.